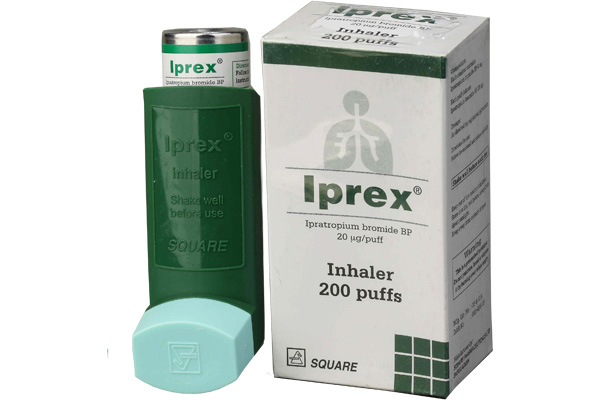 For the treatment and management of perennial rhinitis, allergic rhinitis and vasomotor rhinitis when characterized by watery rhinorrhoea: 2 sprays into each nostril 2-4 times daily in adults and children age 5 years and older.

For the symptomatic relief of rhinorrhoea associated with the common cold: The recommended dose is 2 sprays in to each nostril 2-4 times daily in adults and children age 5 years and older.

No controlled clinical trials were conducted to investigate drug drug interactions. Ipratropium bromide nasal spray is minimally absorbed into the systemic circulation; nonetheless, there is some potential for additive interaction with other concomitantly administered anti-cholinergic medications, including Ipratropium bromide containing aerosols for oral inhalation.

Known hypersensitivity to atropine or its derivatives, or to any of the ingredients of Ipratropium bromide nasal spray (sodium chloride, benzalkonium chloride, disodium edetate dihydrate). Immediate hypersensitivity reactions may occur after administration of Ipratropium bromide, as demonstrated by rare cases of urticaria, angioedema, rash, bronchospasm, and oropharyngeal edema.

The most frequent local undesirable effects of Ipratropium bromide nasal spray are nasal reactions including epistaxis, dryness of the nose and nasal irritation. Headache, nausea and local irritation (e.g. burning sensation) may occur as non specific reactions in association with use of Ipratropium bromide nasal spray. Potential systemic anticholinergic effects are dry mouth and dry throat. Ocular side effects, increase of heart rate and palpitations, urinary retention and gastrointestinal motility disturbances have been reported in isolated patients in association with use of Ipratropium bromide either intranasally or after oral inhalation. Allergic type reactions such as skin rash, angio-oedema of tongue, lips and face, urticaria, laryngospasm and anaphylactic reactions may occur.

The safety of Ipratropium bromide nasal spray during pregnancy has not been established. The benefits of using this spray during a confirmed or suspected pregnancy must be weighed against possible hazards to the unborn child. Preclinical studies showed no embryotoxic or teratogenic effects following inhalation at doses considerably higher than those recommended in man

Ipratropium bromide nasal spray should be used with caution in patients predisposed to narrow-angle glaucoma, or with prostatic hyperplasia or bladder neck obstruction. Patients with cystic fibrosis may be more prone to gastrointestinal motility disturbances.

Use in children: The safety and effectiveness of Ipratropium bromide nasal spray in patients under 5 years of age have not been established.

Store in a safe place out of the reach of children. Store below 30°C. Avoid freezing. Do not spray in the eyes. 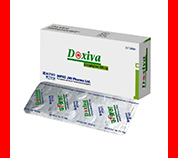 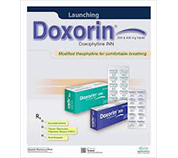 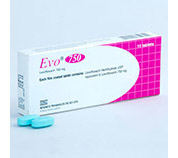 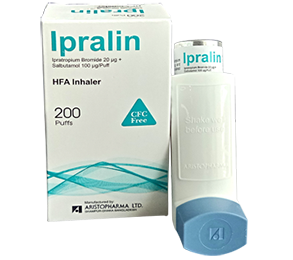 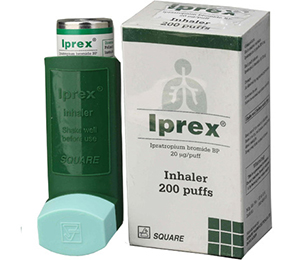 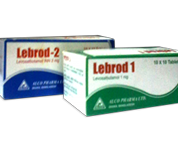 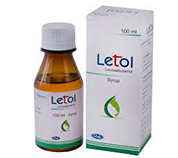