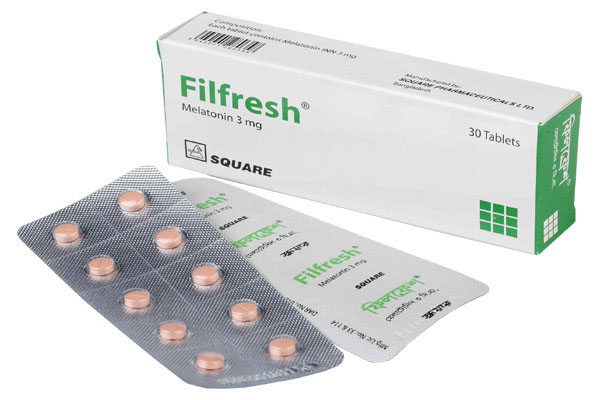 Melatonin is used for numerous conditions but is showing the most promise in the short-term regulation of sleep patterns, including jet lag.

Insomnia: Melatonin helps to induce sleep in people with-

Eating disorders: Melatonin levels may play a role in the symptoms of anorexia.

Attention Deficit Hyperactivity Disorder (ADHD): it may be effective in managing sleep disturbances in children with this condition. And

Melatonin is a hormone secreted by the pineal gland in the brain that helps regulate other hormones and maintains the body's circadian rhythm. It is involved in photic regulations of various kinds, including adaptation to light intensity, daily changes of light and darkness, and seasonal changes of photoperiod lengths. Darkness stimulates the production of melatonin while light suppresses its activity. Jet lag, shift work, and poor vision can disrupt melatonin cycles. Melatonin helps control the timing and release of female reproductive hormones. Many researchers also believe that melatonin levels are related to the aging process. In addition to its hormonal actions, melatonin has strong antioxidant effects. It also helps strengthen the immune system.

After administration, melatonin binds with its receptors. Two types of melatonin receptor subtypes - MT1 & MT2 have been identified in humans. Melatonin receptors are found in the brain and some peripheral organs. The MT1 subtype is present in the pars tuberalis of the pituitary gland and the suprachiasmatic nuclei of the hypothalamus. The MT2 subtype is mainly present in the retina. Increased level of Melatonin initiates neural & endocrine signals to optimize the levels of neurotransmitters e.g. increased serotonin, increased GABA & decreased dopamine, which induces & sustains sleep, as well as, maintains the body's circadian rhythm.

Difficulty falling asleep: 5 mg 3 to 4 hours before an imposed sleep period over a 4-weeks period.

Antidepressant Medications: Melatonin reduces the antidepressant effects of desipramine and fluoxetine. In addition, fluoxetine leads to measurable depletion of melatonin in people.

Antipsychotic Medications: People with schizophrenia and tardive dyskinesia taking antipsychotic medications with melatonin has significantly reduced mouth movements compared to those who did not take the supplements.

Benzodiazepines: The combination of melatonin and triazolam improves sleep quality. In addition, there have been a few reports suggesting that melatonin supplements may help individuals stop using long-term benzodiazepine therapy.

Blood-Thinning Medications, Anticoagulants: Melatonin may increase the risk of bleeding from anticoagulant medications such as warfarin.

Nonsteroidal Anti-inflammatory Drugs (NSAIDs): NSAIDs such as ibuprofen may reduce the levels of melatonin in the blood.

Steroids and Immunosuppressant Medications: People should not take melatonin with corticosteroids or other medications used to suppress the immune system because the supplement may cause them to be ineffective.

Tamoxifen: Preliminary research suggests that the combination of tamoxifen (a chemotherapy drug) and melatonin may benefit certain patients with breast and other cancers.

Other Substances: Caffeine, tobacco, and alcohol can all diminish levels of melatonin in the body while cocaine and amphetamines may increase melatonin production.

Melatonin should not be used by patients who have autoimmune diseases.

Possible adverse effects include headache and depression. Drowsiness may be experienced within 30 minutes after taking melatonin and may persist for 1 hour and thus may affect driving skills.

Information regarding safety and efficacy in pregnancy and lactation is not available.

Caffeine and fluvoxamine may increase the effects of melatonin, while melatonin may decrease the antihypertensive effect of nifedipine.

There is little or no evidence of any major toxicities with melatonin,even at high doses.

Store below 30°C. Keep away from light. Keep all the medicine out of reach of children.