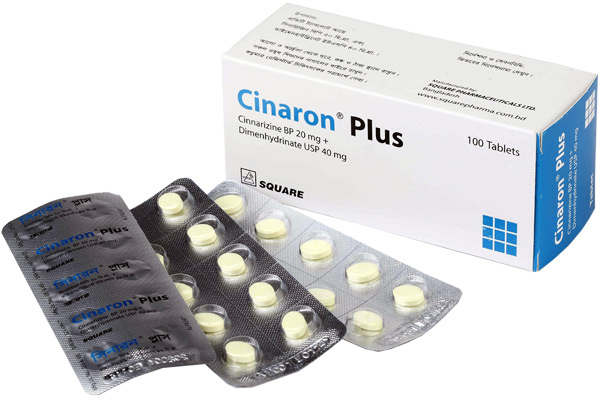 This contains two active ingredients Cinnarizine and Dimenhydrinate. The two substances belong to different groups of medicines. Cinnarizine is part of a group called calcium antagonists. Dimenhydrinate belongs to a group called antihistamines. Both substances work by reducing symptoms of vertigo (a feeling of dizziness or spinning) and nausea (feeling sick). The combination product is more effective than the individual compounds.

Adults: 1 tablet three times daily, to be taken after meals. Children and
adolescents under the age of 18 years: Not recommended
Elderly: Dosage as for adults.

Dimenhydrinate and cinnarizine should not be used during pregnancy and lactation.

Store in a cool (below 30°C) and dry place. Keep away from light and out of reach of children.