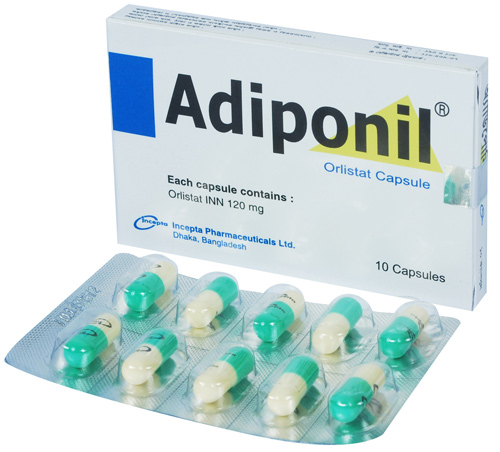 Adults: Orlistat is indicated in conjunction with a mildly hypocaloric diet for the treatment of obese patients with a body mass index (BMI)>30 kg/m2 and overweight patients (BMI >28 kg/m2 ) with associated risk factors such as type II diabetes, hyperlipidemia and hypertension. Treatment with Orlistat should be discontinued after 12 weeks in patients who have not lost at least 5% of their body weight as measured at the start of drug therapy.

Adolescents (12 years & older): Obese adolescents should be treated with Orlistat only if an adequate reduction of body weight cannot be achieved by means of diet & increased physical activity. Treatment with orlistat should be considered in particular if complications of obesity are present.

Orlistat is a potent, specific and long-acting lipase inhibitor. It exerts its therapeutic activity in the lumen of the stomach and upper small intestine by forming a covalent bond with the active serine site of gastric and pancreatic lipases. The inactivated enzyme is thus rendered unable to hydrolyze dietary fats in the form of triglycerides into absorbable free fatty acids and monoglycerides. As undigested triglycerides can not be absorbed, a caloric deficit arises which has a positive effect on weight control. Systemic absorption of orlistat is therefore not needed for the activity. At the recommended therapeutic dose of 120 mg three times a day, orlistat inhibit dietary fat absorption by approximately 30%.

The recommended dose of Orlistat is one 120 mg capsule to be taken immediately before, during or up to one hour after each main meal. If a meal is missed or contains no fat the dose of Orlistat should be omitted. Doses of Orlistat above 120 mg three times daily have not been shown to provide additional benefits. The effect of Orlistat results in an increase in fecal fat 24-48 hours after dosing. Upon discontinuation of therapy, fecal fat content usually returns to pretreatment levels within 48-72 hours.

The safety & efficacy of Orlistat were investigated in clinical studies lasting up to 4 years. The recommended dose of Orlistat for adolescents is as same as adults.

Special dosage instruction: The tolerability and efficacy of Orlistat have not been studied in elderly patients, or patients with hepatic and/ or renal impairments.

No interactions with commonly prescribed medications such as alcohol, digoxin, nifedipine, oral contraceptives, phenytoin, pravastatin, warfarin, or metformin, glibenclamide, fibrates, furosemide, captopril, or atenolol have been observed in studies.

Use in pregnancy & lactation: No clinical data are available on pregnancy exposed to Orlistat. As it is not known whether Orlistat is excreted in breast milk. Orlistat should not be used during breastfeeding.

Patients should be advised to adhere to the dietary recommendations. The probability of occurrence of gastrointestinal side effects may increase when Orlistat is taken with a fatty meal. The daily intake of fat should be distributed between three main meals. Patients should be strongly encouraged to take a multivitamin supplement that contains fat soluble vitamins to ensure adequate nutrition because orlistat has been shown to reduce the absorption of some fat soluble vitamins & beta-carotene. In addition, the levels of vitamin D & beta carotene may be low in obese patients compared with non-obese patients.

Single doses of 800 mg Orlistat and multiple doses of up to 400 mg three times a day for 15 days have been studied in normal weight and obese subjects without significant adverse findings.

Store in cool & dry place below 30°C, protect from light & moisture. Keep out of reach of children. 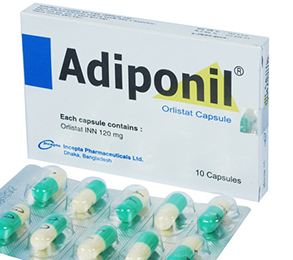 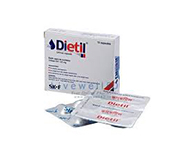 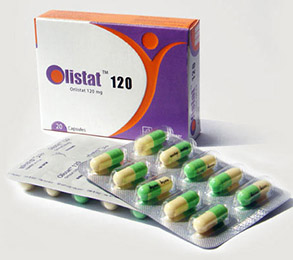 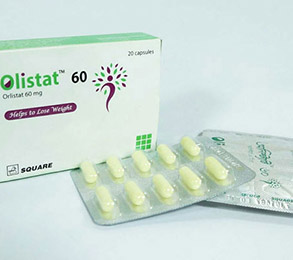 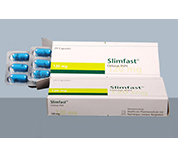