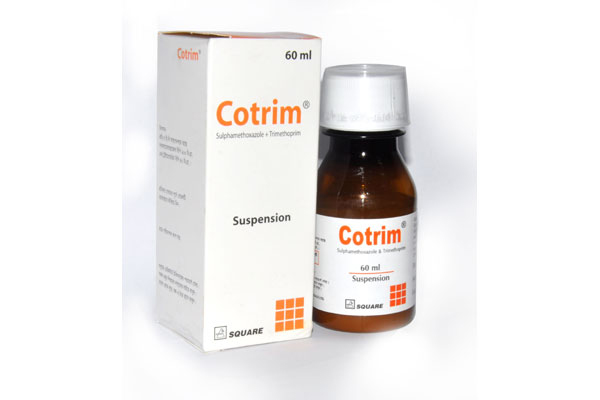 Cotrimoxazole is bactericidal in vitro to a wide range of Gram-positive and Gram-negative organisms, including Streptococcus, Staphylococcus, Pneumococcus, Neisseria, B. catarrhalis, Escherichia coli, Klebsiella, Proteus spp., Haemophilus, Salmonella, Shigella, Vibrio cholerae, Brucella, Pneumocystis carinii, Nocardia and Bordetella. A particularly high degree of activity is exhibited against Haemophilus influenzae, E. coli and Proteus spp., making Cotrimoxazole particularly suitable for the treatment of chronic bronchitis and urinary tract infections. Cotrimoxazole exerts its bactericidal action by the sequential blockade of two bacterial enzyme systems in the biosynthesis of Folinic acid in the micro-organisms. The synergy thus produced accounts for the high degree of bactericidal activity.

Cotrimoxazole having broad spectrum bactericidal activity against a wide range of gram-positive & gram-negative bacteria and some protozoa. Co-trimoxazole containing Trimethoprim and Sulphamethoxazole in a 1:5 combination exerts its bactericidal action by the sequential blockade of two bacterial enzyme systems in the biosynthesis of folinic acid in the microorganism.

The side effects like crystalluria, allergic reactions, haemolysis, thrombocytopenia, neutropenia, agranulocytosis etc. have been reported rarely with Sulphamethoxazole-Trimethoprim combination. Other side effects are less serious in nature such as malaise, headache, nausea and vomiting. These are normally transient and do not require withdrawal of treatment.

Pregnancy and during the nursing period, because sulphonamides pass the placenta and are excreted in the breast milk and may cause kernicterus.

Prolonged full dose treatment with sulfamethoxazole-trimethoprim combination is associated with the risk of macrocytic anaemia due to the drug’s interference in the conversion of Folic acid into Folinic acid. If this occurs, it can be reversed by giving Folinic acid. Care should be taken when giving this combination to diabetic patients receiving sulphonylurea drug for possible potentiation of action of sulphonylurea.